Thousands of years of history, stunning coastlines along a crystal-clear sea, and dramatic mountain top villages are just some of the many reasons Croatia has become a must see on any tour of Europe. To that list we can now add world class, award winning wines. Throw in delicious olive oils, cheeses, charcuterie, and truffles, and the stage is set for a very enjoyable way of exploring this beautiful country! 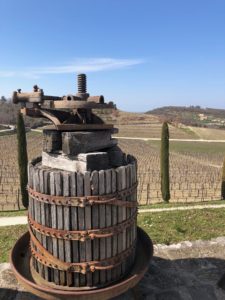 If you didn’t know that they even made wine, let alone great ones, you are not alone. The last century saw wars and strife aplenty, the result of which was diminished quality and diversity as bulk production took over. Varieties like the Malvasija Dubovačka, the first record of which is in 1383, were almost lost to us, save for some adventurous souls who managed to preserve a few precious vines, and are now on the stormfront of the renaissance.

Stunning bubbles, refreshing whites (to go with their juicy oysters – did I mention the seafood?), summer reds that give Beaujolais a run for it’s money, as well as the jewel in their crown – Dignač. This produces juice of such depth and complexity that the winemakers of Cahors and Barolo must be looking on with a little envy.

Meander through their farmers markets and see how all that history has shaped their culinary culture, and then, perhaps, learn to cook some signature dishes. Explore the Dinaric Alps and allow us to cater a picnic by the lakes as your reward. Overlook ancient cities and castles as you sip and watch the sunset over the Adriatic.

Sound like fun? Then take our hand and let us show you where all the best examples are hidden.